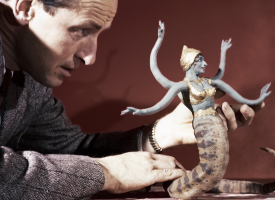 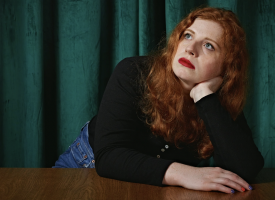 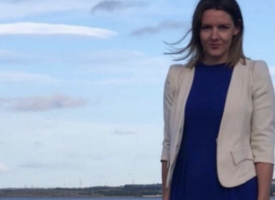 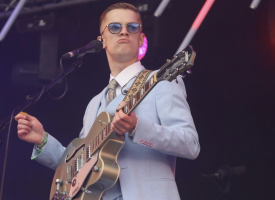 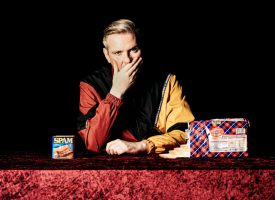 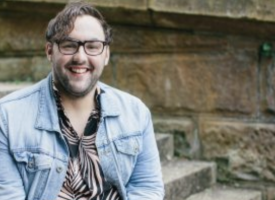 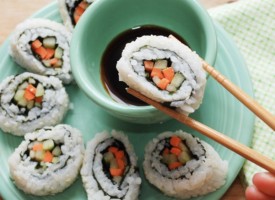 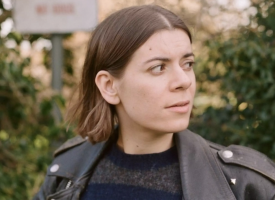 If you’re looking to break up lockdown walks with a takeway then The Cheesy Toast Shack is open for business at East Sands, St Andrews. If you’re on a beach and it looks like a scene from Chariots of Fire then you’re on the wrong beach.  Get your coordinates right and you’re also closer to Janetta’s ice cream for dessert. Open 10am until 4pm at weekends and 10am until 2pm

Scotland may not be the first country that springs to mind when you think of polo but students from St Andrews University were undeterred. Since beginning their small, university-level event in 2014, the Tournament has now grown and this is the first year that the tournament is hosting international teams.  As well as teams from all over the UK, there are teams from Australia and the United States playing in

The period features police assume that older houses with their high ceilings, original fireplaces and sash & case windows are the only way to create good interior design.  Yet many of us live in new houses in modern estates. We enjoy the easy functionality that experienced developers bring to our lives. And, while there may be no cornicing or ceiling roses that doesn’t mean the design has to be minimal;

WIN A MEAL AT ZIGGYS – A ST ANDREWS LEGEND! Win a meal for 4 to the value of £100 with Avocado Sweet as Ziggys, one of St Andrews longest established independent restaurants, celebrates its 35th Birthday! Situated in Murray Place, Ziggys is a Rock themed diner (with more than a nod to Ziggy Stardust himself, David Bowie) which is home to gourmet burgers, ribs, wings and nachos – plus

From this weekend, look out for signs bearing a bright orange silo to discover a new project exploring three inland crafts through the eyes of artists from Fife and beyond: In Time, In Land, a  Fife Contemporary project, is happening at the Silo on Cupar Trading Estate from 25 September to 8 October 2017. Fife Folk Museum in nearby Ceres features traditional and historical rural crafts was the source for the choice of

Feeling the need to knead? Bread baking classes are being hosted at Bibi’s Little Baking School in Earlsferry, Fife by Fiona Pratt who already runs the successful Bibi’s Bakery in Hanover Street, Edinburgh. The school opened at her home in 2017 and classes include Scandi baking, marvellous macaroons and gluten-free baking. For parents or grandparents trying to think of things to do during the long summer holidays there are some parent

In April 2017, Lisa Irving opened a new vintage shop called Vintage Quine in the historic village of Falkland. With more space in her new location than her old premises in Newburgh (pictured at top) she is stocking vintage homewares, clothes for women and men, as well as furniture upcycled with Annie Sloan paint.  Her inspiration came from the Outlander series which is filmed in Falkland and features characters in

This video is an interesting peek into some of the studios ahead of Open Studios North Fife at the end of April. Studios in locations such as Cupar, Auchtermuchty and Falkland are open 10am until 6pm on Saturday 29, Sunday 30 and Monday 1st of May 2017. More details can be found on their website. In Above, Jan Hendry, Falkland and below Irene Blair, near Leslie Below, photography by Mark

Track down the Crepe Shack at Tentsmuir Forest

Tentsmuir Forest, backed by a stunning expanse of beach popular with seals, is one of the most attractive places to walk in Fife. Now its appeal is enhanced still further by the prospect of a mouth watering, freshly cooked crepe at the end of your ramble.  The Crepe Shack is a mobile creperie offering a tasty range of sweet and savoury toppings, hot and freshly made in the heart of the

This beautiful, award-winning house in Elie is designed by South Queensferry based WT Architecture. It replaced an existing bungalow and the building is designed to make the most of the views towards the coastal lighthouse and across the Firth of Forth. An open plan living space links the two storey main house to the smaller bothy accommodation. Photos by David Barbour