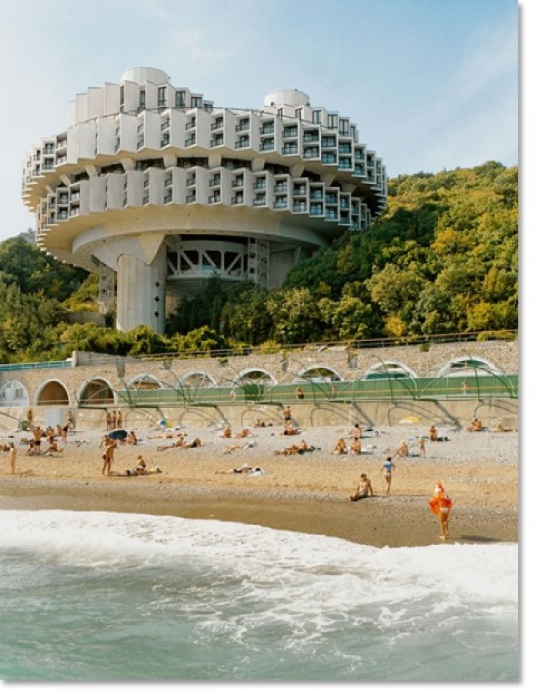 The cult of the super-architect has grown in the west as countries commission internationally-famous, often wealthy architects to lend their status and fame, as well as their considerable design talents, to new flagship buildings. Not so in the old USSR where these exhuberant and striking buildings were designed by architects who were civil servants and received little recognition and financial reward for their efforts.  Frederic Chaubin has tried to redress this by publishing a book of photographs of these buildings, built from the 1970s to the 1990s. Cosmic Communist Constrictions Photographed is published by Taschen, priced £34.99. 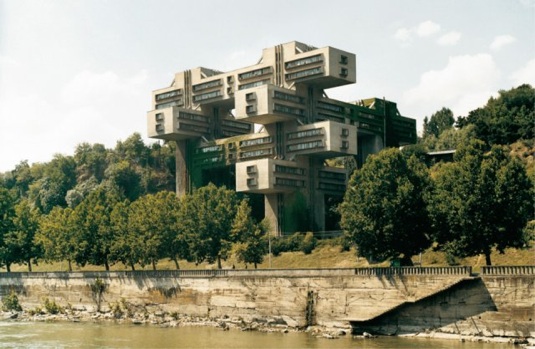 Georgian Ministry of Highways(pictured above) designed in the mid-1970s by George Chakhava. Photo by Frederic Chaubin

The author, photographer and magazine editor of Citizane K travelled around what used to be the USSR from 2003 until 2010 taking photographs of these buildings often located in remote places and rarely seen by westerners who were not encouraged to travel in the USSR.  Almost all the buldings were constructed in the fifteen years before the break up of the USSR in 1991 and Chaubin believes it represents local talent loosening their ties from Moscow. 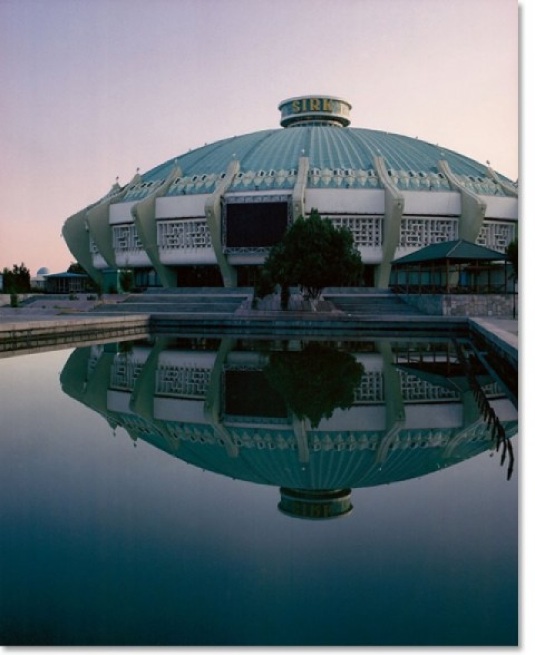 Each town had a permanent circus and the buildings were usually saucer-shape structures like the one (pictured above) in Tashkent, Uzbekistan. Registry offices, also known as 'Palaces of Marriage', were huge temple-like structures which Chaubin points out were designed to encourage people away from getting married in churches. 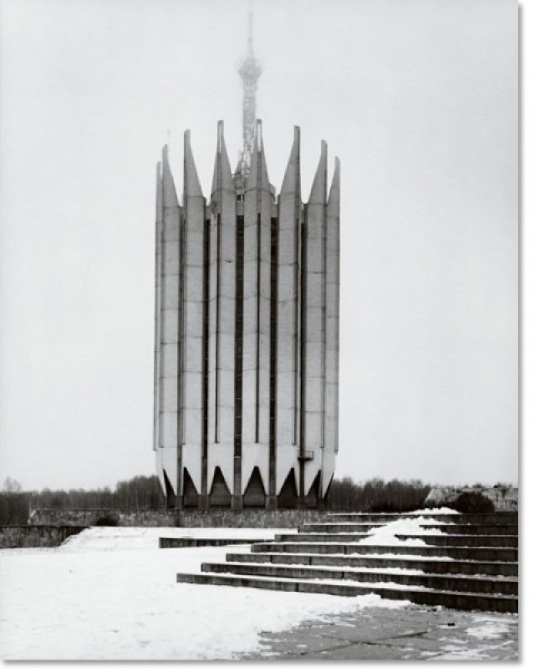 Institute of Robotics and Technical Cybernetics (1987) built as a hollow structure in St Petersburg to test the resistance of materials dropped from a height.

Ironically, the buildings are less likely to be cherished as some locals associate them with the USSR.  Universities in Russia are beginning to research these buildings but many, being on prime sites, are potentially under threat from property development.