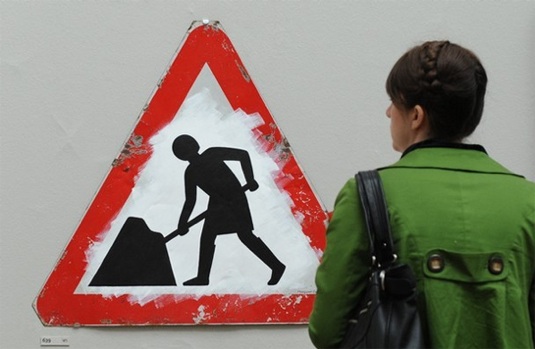 It would be no exaggeration to say that graphic designer Margaret Calvert has saved hundreds of lives on Britain's roads.  Born in South Africa in 1936, she worked with Jock Kinneir on the design of Britain's road and motorway signage system from 1957 to 1967.  Above is the picture she recently contributed to the Royal Academy Summer Exhibition 2010, adapting one of her road signs by replacing a man at work with a woman at work. 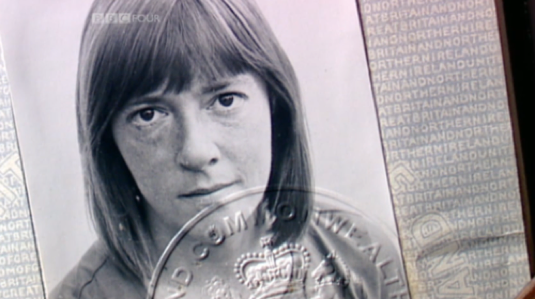 Kinneir Calvert came to prominence after Jock Kinneir won his first big commission to design the signage for Gatwick Airport after meeting one of the architects Yorke, Rosenberg & Mardell in a bus queue.  He asked one of his students at Chelsea School of Art, Margaret Calvert to assist him with the project.

They designed clear and consistent road signage developing a typeface that later become known as Transport.  The typeface was made softer and curvier to make it seem friendlier and more appealing to British drivers. Intellectually rigorous, their system was rooted in the concept of each sign taking the form of a map oriented towards the driver. 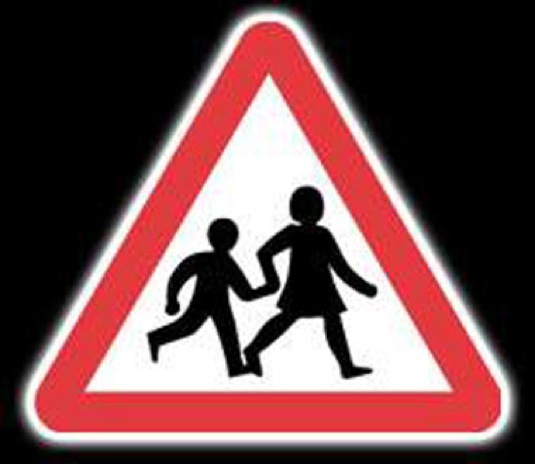 They decided to adopt the continental style of using pictograms rather than words on the road signs, and Calvert drew most of the pictograms in the friendly, curvaceous style of Transport.  Many of her illustrations were inspired by aspects of her own life.  The cow featured in the triangular sign warning drivers to watch out for farm animals was based on Patience, a cow on her relatives' Warwickshire farm.  Eager to make the school children crossing sign more accessible she replaced the image of a boy in a school cap leading a little girl with one of a girl  – modelled on a photograph of herself as a child – leading a younger boy.  Calvert described the old sign as being: 'quite archaic, almost like an illustration from Enid Blyton…I wanted to make it more inclusive because comprehensives were starting up.'

BBC Top Gear's James May recently met his match when Margaret Calvert helped him test drive a Vauxhall Insignia, a car which she thought looked like it 'had been designed by committee'.  She noted his sloppy gear change as he admitted running out of intelligent questions to ask.