The thinking man's denim, corduroy, inspires special affection among the 5,000 members of the Corduroy Appreciation Club. Their meetings are always held on dates that resemble the parallel lines of corduroy with the biggest to date being held in New York on 11/11/11. Attendees have to wear a minimum of two items of corduroy – which doesn't have the satisfying alliteration of 'double denim' but has loads of potential for a clashing outfit. Gatecrashers bold enough to wear rival fabrics have had to be ejected from meetings in the past. 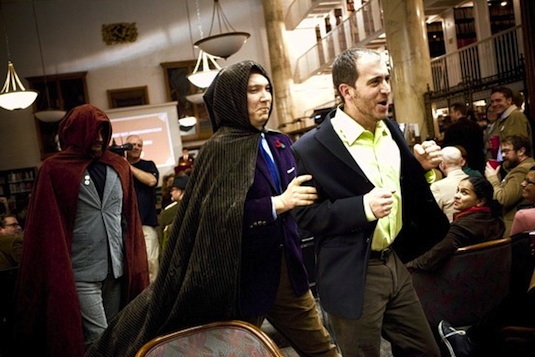 Pictured above, a non-corduroy wearing gatecrasher being ejected from a CAC meeting.

The Club was started by Miles Rohan in 2005 who recruited members by handing cards to corduroy-wearing passers by and leaving cards in pockets of corduroy items in shops. 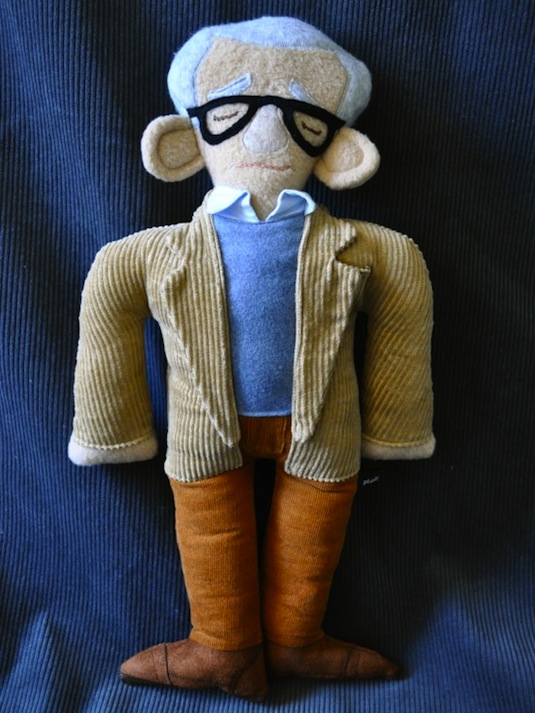 Mutual appreciation has grown between artists and craftspeople who work with corduroy and the Club. The club's website site features artists such as Plush Goodness (aka Leeanna Buther) who created this corduroy-clad Woody Allen. Leanna writes: ' A famous lifelong wearer and unconscious ambassador for the “everyman’s fabric,” you may also know Woody Allen for his writing, directing, and sometimes acting in almost 70 feature films.' 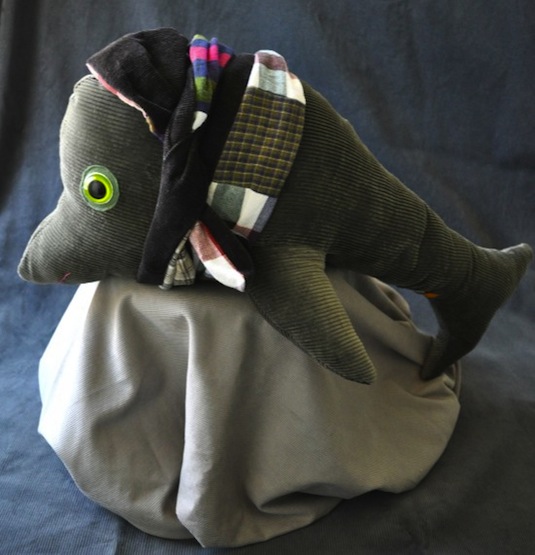 Artist Christina Ward introduces Hipster Wholphin, saying: 'One side smile, other side smirk, this marine mammal is wearing a scarf made of vintage Wisconsin flannels and corduroy. He is an expert in all things indie, totally vegan, and knows way more about Wes Anderson than you do.'