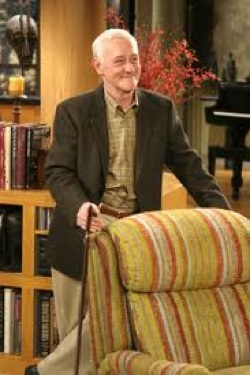 It's Father's Day this Sunday and it seemed timely to look at the controversy over the aesthetics of the Dad's chair.  Frasier's relationship with his father Martin Crane's battered yellow and green recliner chair, patched together with duct tape, sums up the design industry's relationship with TV recliner chairs.  When Martin moves himself and his beloved chair into Frasier's apartment the conversation goes along the following lines, Frasier: 'So what do you think with what I've done with the place.  You know, every item here was carefully selected.  The lamp by Corbu, this chair by Eames, and this couch is an exact replica of the one Coco Chanel had in her Paris atelier.' Martin: Nothing matches.  Frasier: 'Well, it's a style of decorating – it's called eclectic.  The theory behind it is if you have really fine pieces of furniture, it doesn't matter if they match – they will go together.'  A minute later the delivery man arrives with the recliner chair to Frasier's horror.  Frasier: 'Dad, as dear as I'm sure this chair is to you, I just don't think it goes with anything here.' Martin: 'I know – it's eclectic!' 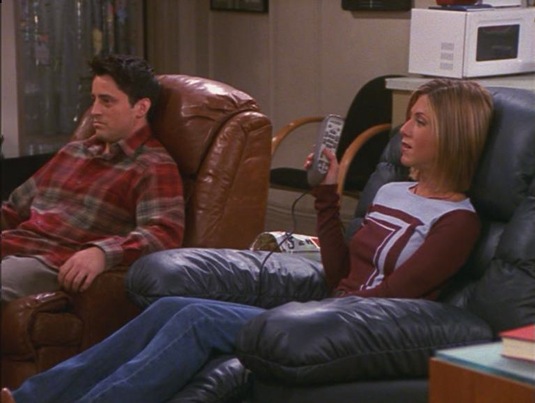 Another TV recliner chair called Rosita is loved by Joey in Friends.  Comfort and functionality trumps any aesthetic credentials.  He refuses to let Rachel move the chair.  Joey:  'The big deal is that it is the exact equal distance from the bathroom to the kitchen and it's at the perfect angle so you don't get any glare coming off Stevie.' (the TV)  When Rachel breaks Rosita he's consoled only when a new chair is bought that has speakers and places to hold beer.

Why has the design industry not achieved the production of an attractive recliner chair? The only chair that succeeds in design and comfort is the Eames Lounger and that was launched in 1956!  And what was Mr Eames thinking of when he didn't include a place to put the beer or the remote control that hadn't yet been invented. 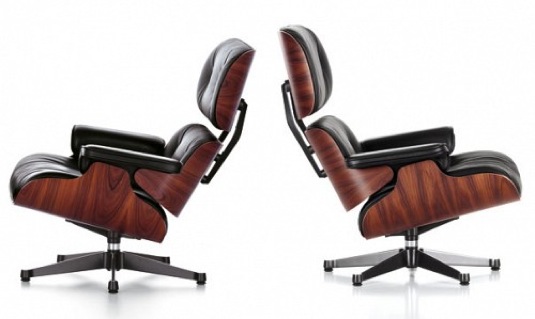 Our search for recliner chairs unearthed a few quite good examples but, apart from the Eames chair, the beautiful recliner that competes with the La-Z-Boy for comfort, has not been perfected.  Generally, designers have understandably avoided trying to make the flip out mechanism tasteful and opted for the ottoman or footstool as a more attractive way of resting the legs.  Our first example, below, is the Zanetti Armchair & Ottoman by Denelli, price from £595 although this one pictured in tan leather is £650. 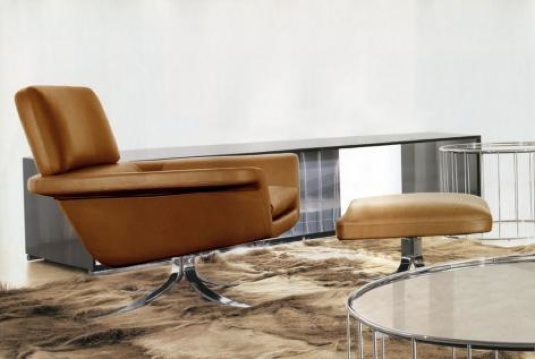 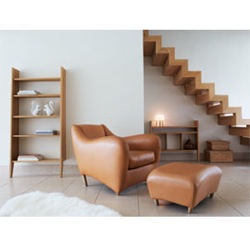 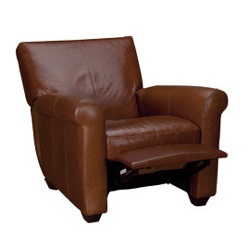 Both chairs above are available from Heals. Above is the SCP Balzac Chair by Mathew Hilton which looks fantastic and has a design classic price tag at £2,575. On the right Heals has made an admirable attempt at producing a discreet recliner (Orloff leather recliner, £1315) 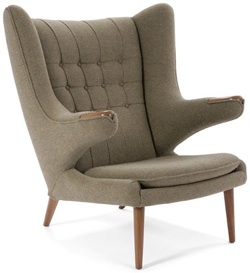 On the left, with a name like Papa Bear, this chair by Hans Wenger this should be the ultimate Dad's chair.  Below is the OxChair inspired by Hans Wenger, although not an original with an affordable price tag of £679 from Pash Contemporary Living. 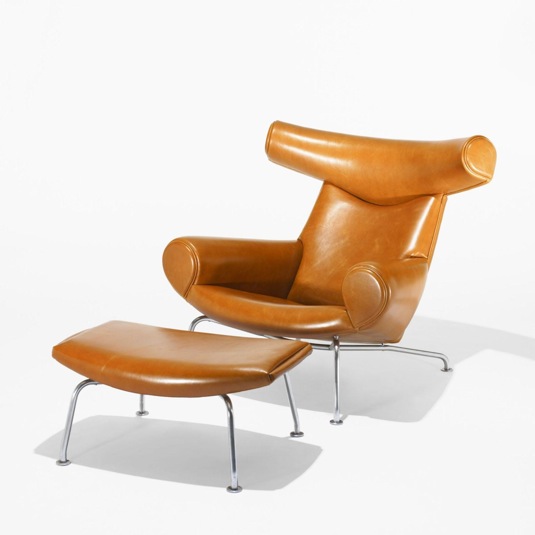 The designer that does get it right will win the love of dads around the world.  You only have to listen to Martin Crane tell his son what he wants from a chair: 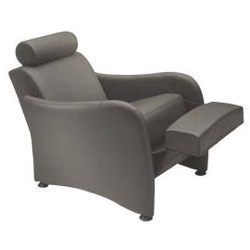