Get thee to the The Getty Center, Los Angeles 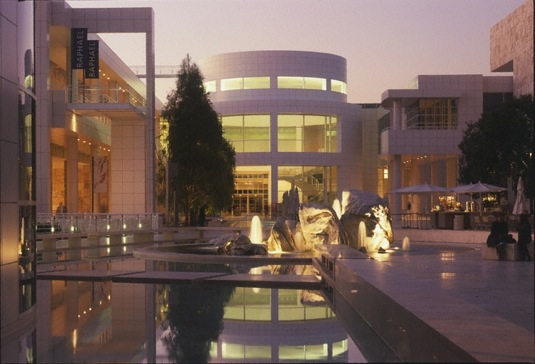 ‘I hate museums. I hate art and I hate LA but I loved the Getty Center’ read one visitor’s review. Even a difficult to reach audience like this is smitten with this Californian gallery.  Scoring 5 (stars? coloured in circles?) from 322 reviews on trip advisor there are literally no negative reviews about this gallery, with the exception of a couple of minor complaints about the $15 car parking fee. 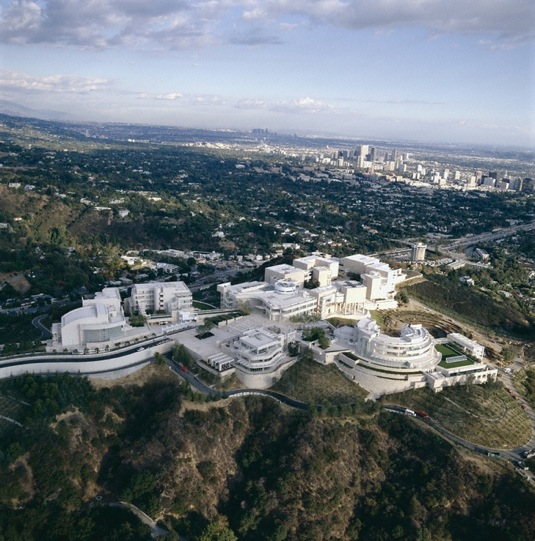 After a visit in November 2011, it’s easy to see why. Described in Frommer’s as the ‘city’s cultural acropolis’, the dramatic pale building sits above Los Angeles in the Santa Monica hills with spectacular views across the city on smog free days. 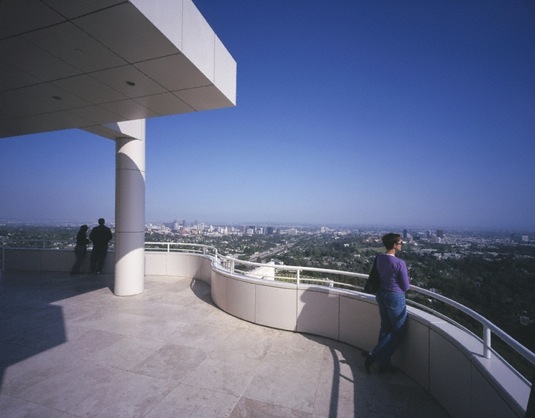 At a cost of $1 billion on completion in 1997,  it’s one of the most expensive galleries in the world and proves two things; money can buy beauty, and things turn out better when you spend more money. Thanks to one of the 20th century’s richest men, the entry is free. 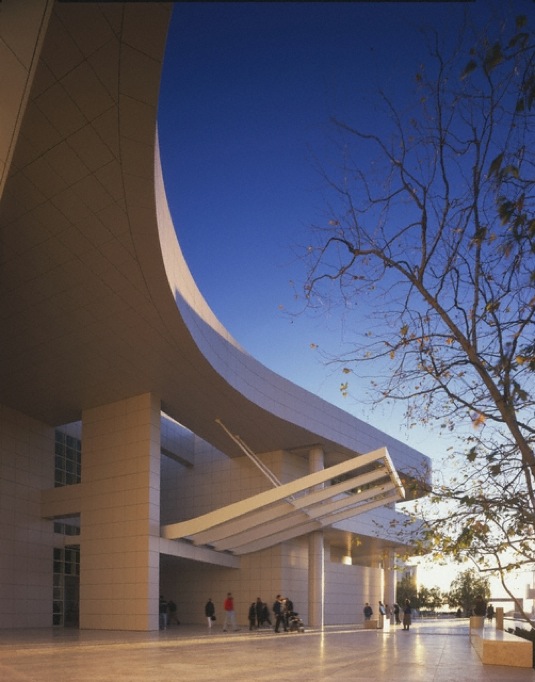 Designed by Pritzker prize-winning Richard Meier, a significant proportion of the building is clad in travertine stone, which was shipped by 100 boats through the Panama Canal from Rome and is the same stone that was used to build Rome’s Coliseum. 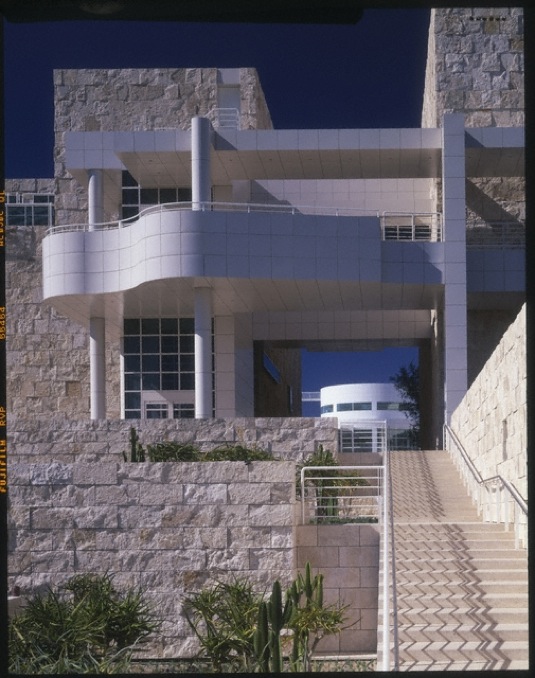 The entire complex is based on a 30-inch-square grid that runs from one building to the next without deviation. This dimension relates to the size of people in that it’s the average length of the human torso and Meier believes therefore that people are not overwhelmed or intimidated by this size. 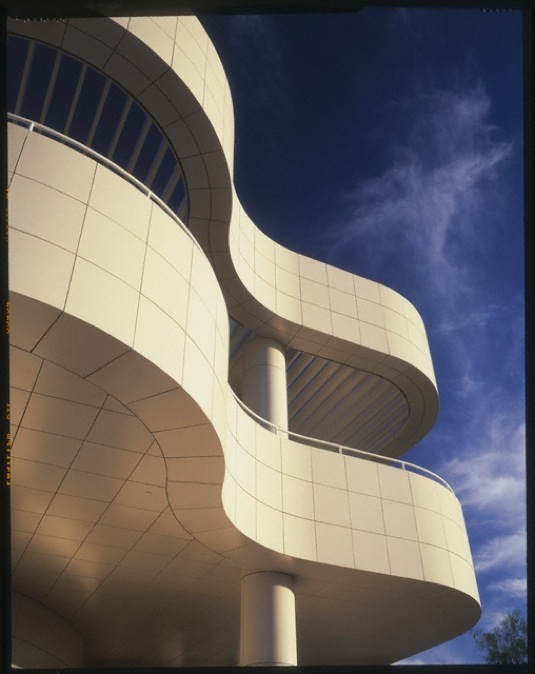 When the gallery was being planned the decision was taken to commision a sculptor, who knew nothing about gardens or landscape architecture, to design the gardens.  Despite, or perhaps because of, his lack of horticultural knowledge Robert Irwin’s gardens are a triumph, even if he needed to take a gardener around the garden centre with him to stop him buying dead plants. 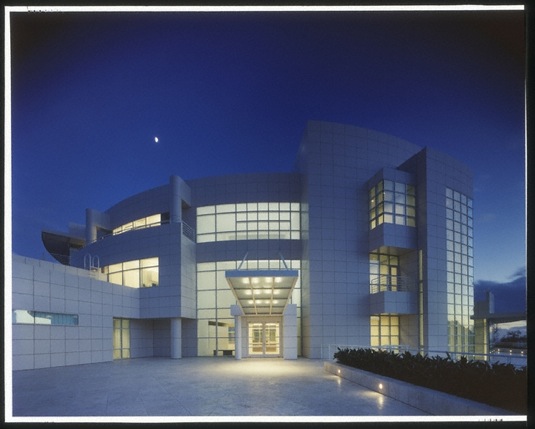 Among the collection’s highlights are Van Gogh’s Irises for which it is thought the Gallery paid $53.9 million and don’t miss the docent-led architecture and garden tours.

There are three cafes and restaurants and the food was of a good standard. Most of them have good views and terraces with outside seating to enjoy the architecture, gardens and views of LA.