Maggie's Centres: the best of places, the worst of times…

‘Who is Maggie?’ is a question asked by many visitors to Maggie’s Centres.

The leading cancer care centres started in Scotland following one woman’s experience of her own diagnosis of cancer.  In 1993, the experience of trying to find a temporary, poorly signposted clinic added to the deep distress Maggie Keswick Jencks’ felt on being told her that breast cancer had spread. Immediately after receiving the news that she had only a few months to live, she and her husband were asked to move to a bleak corridor because the hospital was busy that day. The writer, landscape designer, painter and mother of two decided that day that people being told such devastating news should at least be in the best possible environment.

Maggie died in July 1995. The first Maggie’s Centre opened in Edinburgh in November 1996. 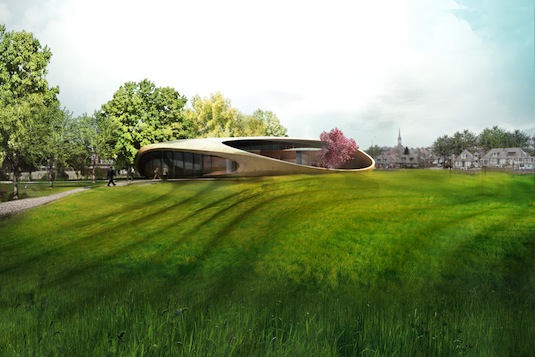 Today there there are several centres in Scotland and England, one in Hong Kong, and Barcelona have requested a centre for their city.

World famous architects design the centres including luminaries such as Frank Gehry and Zaha Hadid. Rem Koolhass recently completed the centre at Gartnavel Hospital which opened at the end of 2011. Lily, Maggie’s daughter who was only 13 when her mother died, has followed in her mother and father’s footsteps and is a landscape designer.  She designed the garden in Hong Kong with Frank Gehry and the garden at the Gartnavel with Koolhass.

The Maggie’s Centre at Gartnavel was funded by thousands of women (and men) donning their pink bras and raising money and taking part in Edinburgh’s MoonWalk. Maggie’s Centres are testament to an extraordinary woman and a contribution to the world of which Scotland should be very proud.