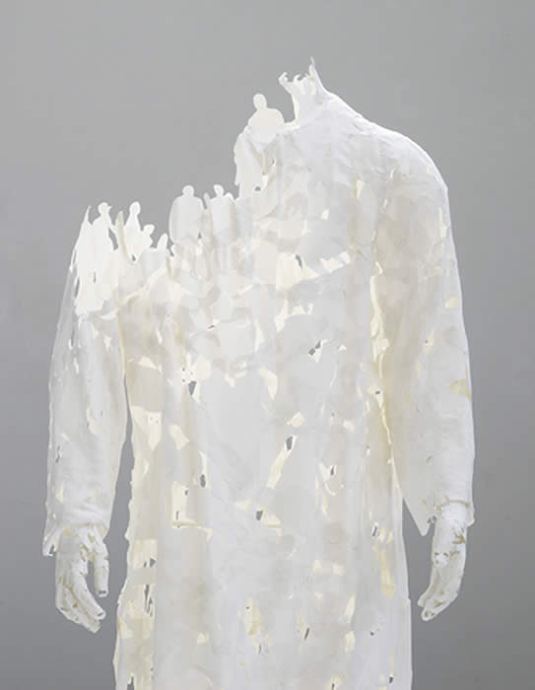 In the hands of Danish artist Peter Callesen a single sheet of white paper can spring to life as a god like figure freeing himself from the flat blank page, an ethereal fairytale palace, a delicate evening gown and a flying angel. It seems anything Calleson can imagine he can bring into existence using just paper and scissors. Some pieces are created using a single sheet of A4, others are large scale installations. Many of his works are expressed in the negative, where the remains of the cut and folded objects form a shadow effect. Calleson says he uses paper because it is ‘probably the most common and consumed media used for carrying information today but we rarely notice the actual materiality of it’.  He also sees the frailty and delicacy of the paper medium as bringing an ‘element of calamity’ to his works. Even he finds the transformation almost magic. 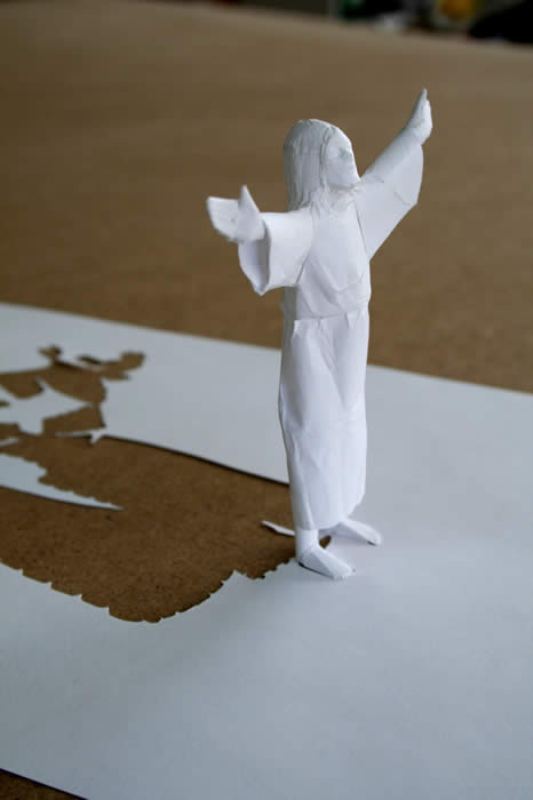 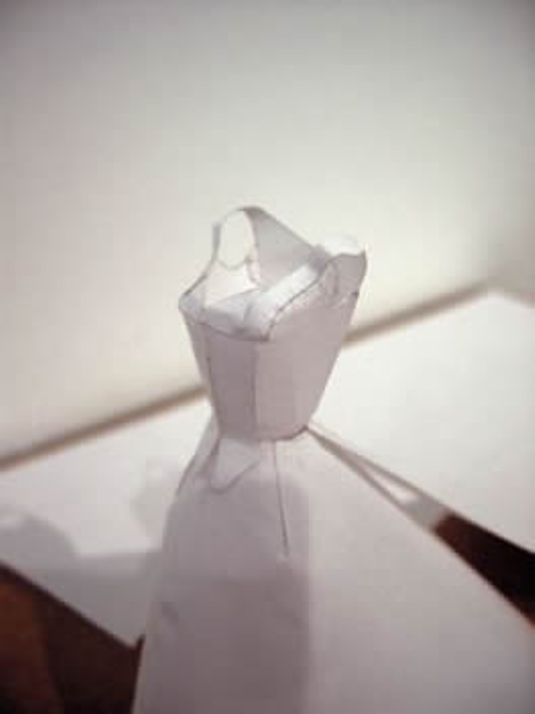 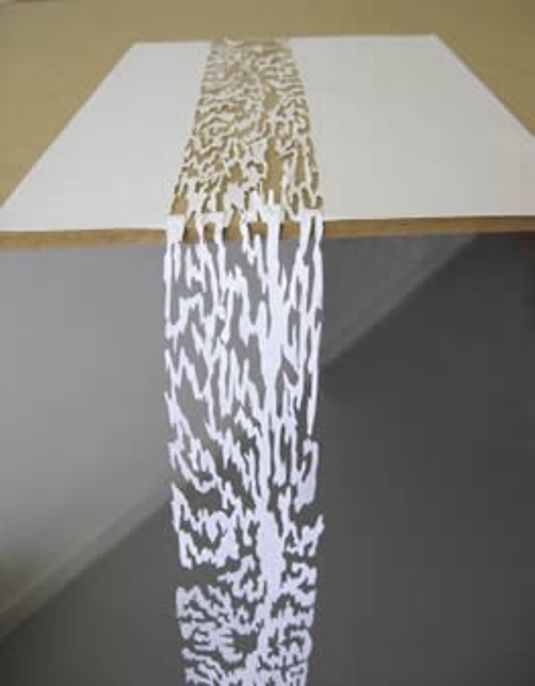 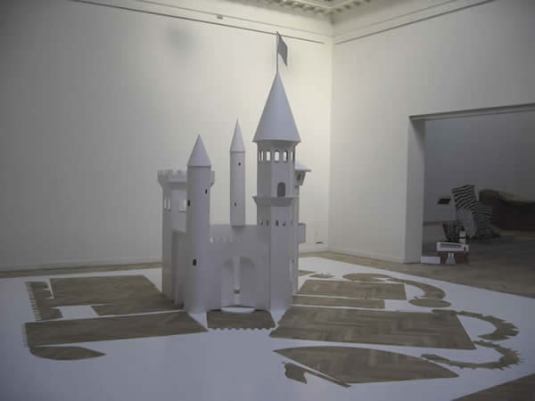 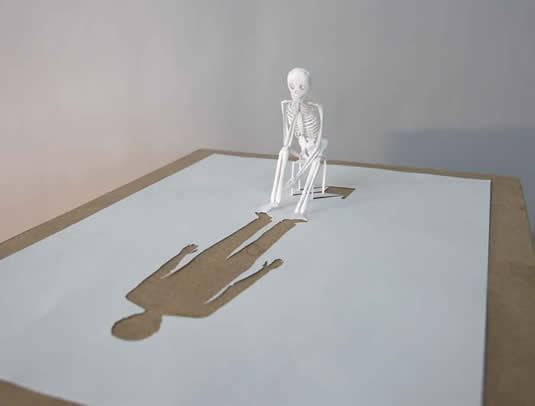 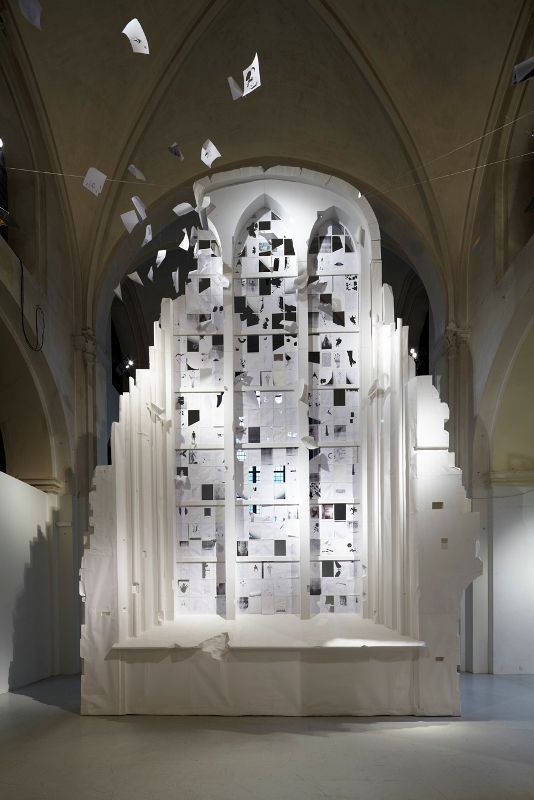