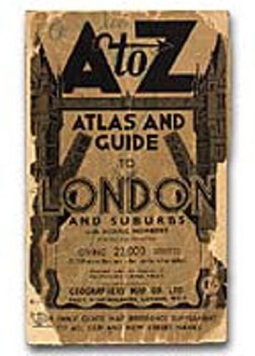 Working eighteen hours a day to walk 3,000 miles of London's streets, the artist Phyllis Pearsall (1906-1996) not only conceived, designed and produced the A-Z street atlas of London, but founded her own company to publish it.  The A-Z remains one of the most ingenious examples of early 20th century information design.

Realising that she did not know the location of the party to which she was invited in the London district of Belgravia one evening in 1935, Phyllis Pearsall armed herself with the most recently published London street map she could find.  It was the 1919 Ordnance Survey map, and hard though she tried, Pearsall could not find the address of the party. 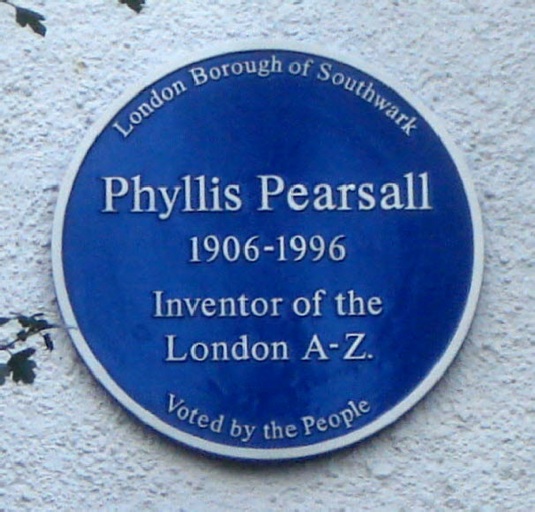 Pearsall decided to divide the map into different sections, each of which would be coded in an index.  When she failed to persuade any of the established book publishers to accept her atlas, Pearsall published it herself by founding the Geographers' Map Company.  The A-Z Atlas and Guide to London and Suburbs was published in 1936 and has remained the principal guide to the city ever since.  Yet Pearsall never saw herself as a designer, but as an artist and travel writer who happened to have invented a successful design by chance.

Phyllis was educated at Roedean but taken away at 14 when her father's business folded.  The lover of Phyllis' mother, Alfred Orr, the royal portrait painter refused to allow Phyllis to live with them so she fled to France.  At one point she was so hard up that she slept on the street, but then scraped a living by teaching English, writing for an ex-pat newspaper in Paris and painting portraits.

Later in London after she had single handedly designed and proofread the London A-Z she had 10,000 copies printed and persuaded W H Smith to stock 250 copies.

She personally delivered them to the store in a wheelbarrow.

Thanks to the Design Museum for this information.