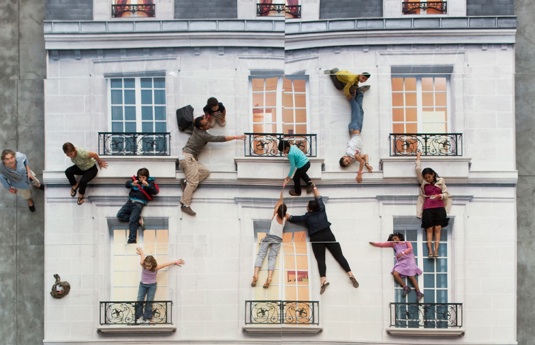 Ever had the urge to throw yourself off a tall building? Give it a go by lying down at le centquatre in Paris. Argentinian artist, Leandro Erlich has tested people’s perception of reality by recreating a facade of a building, laying it on the floor and putting the multi-storey mirror in front. Looks like more fun than ‘Man on a Ledge’ if the reviews are to be believed. ‘Batiment’ is part of the ‘in perception’ exhibition which runs in Paris until 4 March 2012. 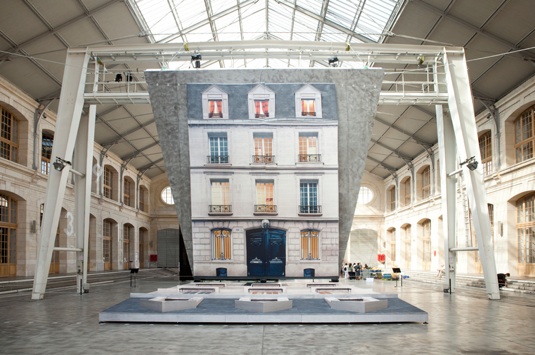 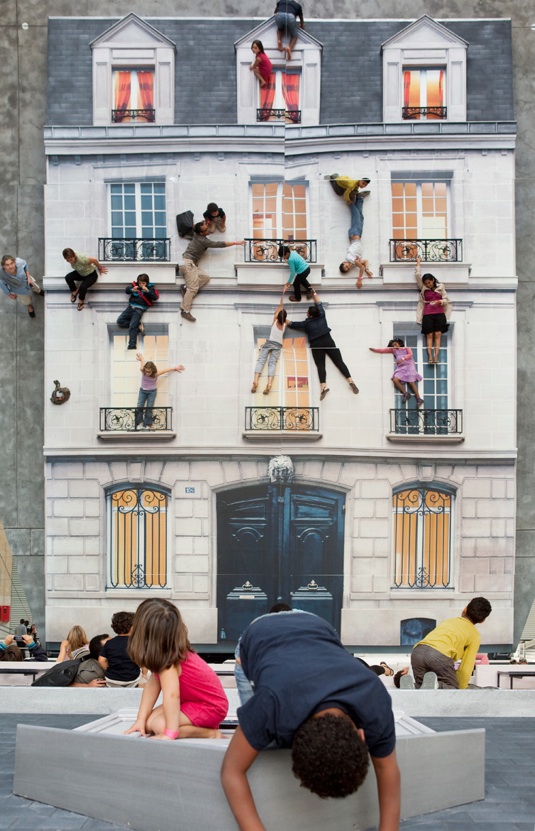 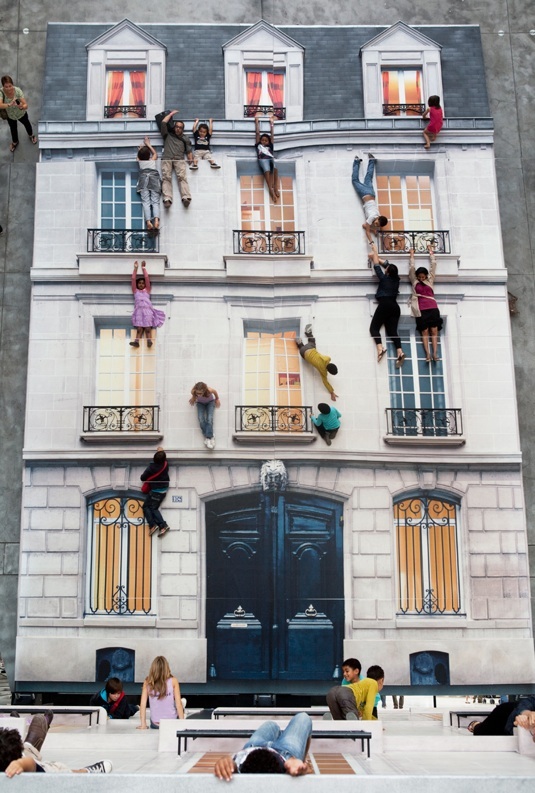 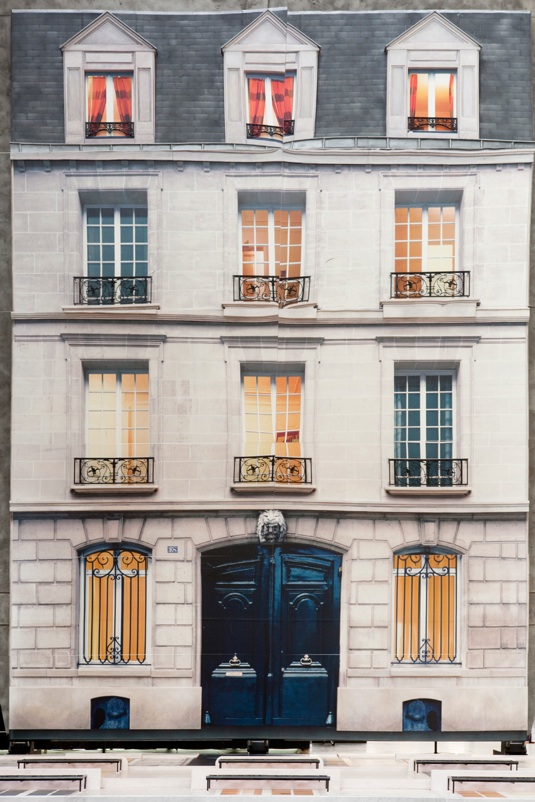