BalconyTV films bands from balconies around the world. The Black Cab Sessions films from black cabs. Fittingly for Scotland, Tenement TV is recorded in a tenement flat. In 2011, aged 23, Chae Houston,  started filming bands from his flat in the west end of Glasgow with the help of his flatmates – cameraman Jamie Logie and Paul McJimpsey. At the start, Paul, who has a promotions company, used his contacts to source local bands like The Blindfolds

Initially, the site concentrated on streaming music sessions but it has since grown into a broader music magazine with reviews of concerts and interviews with artists. Recent coups include sessions by London band, Bastille (above), Jake Bugg and – in a fortunate piece of timing – Gabrielle Aplin (below) just before her version of The Power of Love appeared on the John Lewis Christmas advert.

The beauty of music video is that there are no language barriers. When one of their sessions was posted on huge Brazilian blog PapodeHomem, it received 5,000 hits in one day. Japanese, German and American sites have also posted TTV sessions.

One thing has led to another: the O2 in Glasgow asked them to film Public Enemy in April and Chae explained ‘It was a brilliant opportunity because it was quite a complex set up with 9 cameras’. Kodaline, (pictured below) whose session will be on their site soon, asked TTV to suggest a venue for an impromptu gig after the band’s King Tuts concert. A large crowd gathered after passers by came upon the gig outside St Judes in Bath Street. In March 2013, TTV left the safe pre-recorded environment of their tenement flat and tried their hand at running live music events – 30 bands played in 5 venues in Glasgow in a sell out one day music festival.

Chae, who studied music performance at North Glasgow College, explains that ‘the sessions alone have got 450,00 unique views and on a weekly basis our sessions and site get 10-30,000 hits per week’. In common with so many websites the venture is self-funded but the good news is that Balcony TV, a similar site based on Dublin has recently attracted its first institutional funding of $750,000 from Polaris Venture Partners, Lerer Ventures and Greycroft Partners. BalconyTV hope to generate income by sponsorship of the show by big brands and has plans to license to 200 TV stations in the next two years.

All of which is encouraging news for Chae, Jamie and Paul. In the meantime, their days are spent meeting their favourite bands, reviewing gigs and visiting music festivals. 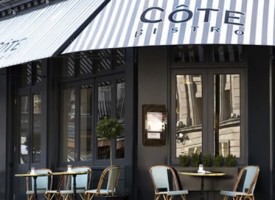 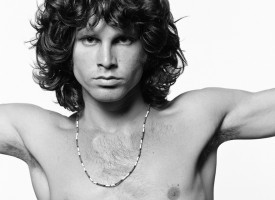 Jim Morrison on why Fat is Beautiful 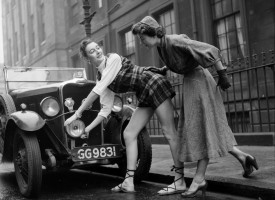