Debunking Jon Savage's 'The decade that taste forgot,' (The Face, February 1988) is a book by Dominic Lutyens and Kirsty Hislop, 70s Style & Design.

This book has rescued the decade from parody and presents it as a vitally important period in the creative arts.  So forget the cliches of avocado suites for the bathroom and crimplene flares, this book argues that today's design owes a great debt to the 1970s.  Postmodernism,  maximalist interiors, the eco movement, designs for more informal lifestyles, the use of natural materials and interest in crafts all started in the 70s.  Even without rose tinted glasses it seemed to be a less materialistic and more idealistic decade.  What's more, designers just looked like they had more fun. 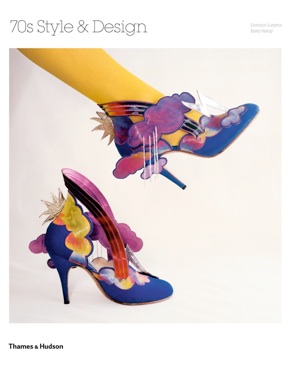 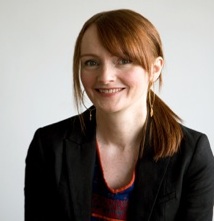 Avocado Sweet asks the authors, Dominic Lutyens, arts journalist who writes for Elle Decoration, The Observer, The Guardian and Harper's Bazaar, and Kirsty Hislop, freelance writer who has worked as a stylist for Elle UK and The Observer, what they think are the legacies of this decade:

'The postmodernist movement which embraced pluralism and playfulness. Suddenly designers felt free to make reference to the past, to mix and match styles. We've seen a reappraisal of this in recent years with the vogue for maximalist interiors.  And postmodernism is now the subject of a huge show at the Victoria & Albert Museum. 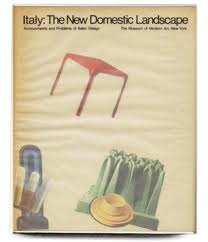 'Some of the most important designs of the decade came out of a hugely influential exhibition held in 1972 at the Museum of Modern Art in New York called 'Italy; the New Domestic Landscape'. This crystallised the concerns of many designers in the late 60s and early 70s who reacted against the one-size-fits-all aesthetic of modernism and sought, in a more socially responsible way, to satisfy specific modern needs – such as more informal lifestyles – and at the same time consider the environment.  Both the sofa bed and sectional seating which are in millions of homes today were first showcased at 'Italy; the New Domestic Landscape'.

'The modern day sofa bed was anticipated with Alessandro Becchi's classic design, the Anfibio convertible sofa (below) which was at 'Italy; the New Domestic Landscape' in 1972.

'Other enduring designs from that exhibition include Mario Bellini's Camaleonda seating system, which provided the blueprint for modular seating systems which are in many homes today. 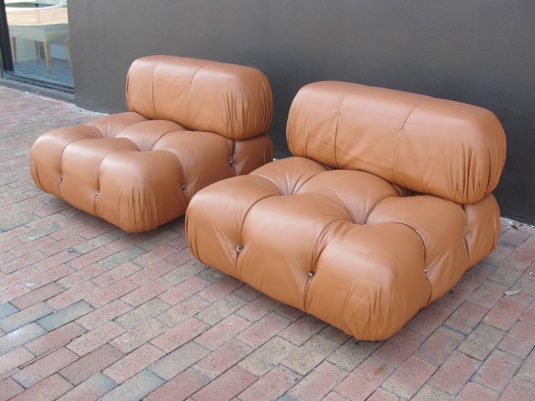 Concern for the Environment

'In the 1970s the US eco movement and its accompanying back-to-the land movement had a huge influence on design in the States where there was space for people to experiment with building their own homes.  The return to traditional crafts and use of natural materials was very popular then and is now.  It's fair to say though that both sides of the Atlantic were guilty of having twee, rustic kitsch in their homes; they had Holly Hobbie and we had toasters with dormice stamped on them.

Individuality in the 1970s

Interiors are generally more homogenous now than they were in the 70s. Thanks to the modernist backlash then, there was a much more relaxed approach to design, an anything goes aesthetic then which placed value on individuality.  Self-expression was considered a good thing – even teen magazines like Honey and 19 showcased ultra-trendy design and fashion and lionised mavericks like David Bowie.

In the decades since there has been less individuality in design. Perhaps the right wing climate of the 80s – the Thatcher and Reagan years – favoured traditionalism over experimentation with chintz more popular than funky plastics and then in the 90s we had minimalism and monochrome interiors – a very conformist look.'