In search of Storione: Lochgelly and the ghosts of Little Moscow

Today’s post is a brilliant reminder not to judge a place by its house prices. The Fife Psychogeographical Collective take a walk around from the former mining communities of Lochgelly and Lumphinnans to Cowdenbeath and uncover some of the area’s fascinating stories, stories of intellectual endeavour, political radicalism and high achieving women. This is an abridged version of an article that appeared in Fife Psychogeography in May. You can read the original version here.

A scribbled address on a torn piece of paper is all we have: Communist Literature Depot, 128 Perth Road, Cowdenbeath. We are walking from Lochgelly to Cowdenbeath in search of Lawrence Storione, founder of the Anarchist Communist League in 1908. We also hope to exorcise an article by ‘travel writer and humorist’ Tim Moore in the Daily Telegraph. His piece on Lochgelly, perhaps written before briefly visiting the place to flesh out his prejudices, subsequently appeared in his book about unloved Britain, You are Awful (but I Like You). Lochgelly is routinely trotted out as the town with the cheapest housing prices in the UK and Moore says, ‘The roads are lined with cramped little semis and 1960s bungalows, Britain’s cheapest houses in their flimsy, pebbledashed glory.’

Admittedly, Lochgelly, a town that has waxed and waned with the fortunes of the Fife coalfield, may be a contrast with Moore’s hometown of Chipping Norton and its housing may cost less than his education, but it’s interesting that the word ‘community’ is not mentioned in his article: the value of a place must indeed be correlated to its house prices.

Lochgelly once returned Willie Gallacher as a Communist MP from 1935 until 1950 and we have already mentioned Storione: are all of these radical traces gone? Perhaps the ghosts of Little Moscow will reveal themselves.

It’s a radiant sunwashed morning. On a day like this Moore could have taken himself down the road to one of Fife’s outdoor gems, Lochore Meadows Country Park – a fabulous outdoor education centre. Or he could have visited The Lochgelly Centre. Reopened last year after a major refurbishment, it’s a fantastic community resource hosting a cafe, exhibitions, workshops and classes. It has a small theatre which welcomes travelling companies and community arts projects as well as putting on film screenings, author readings and gigs. We can recall chatting wiht Colin Blunstone and Rod Argent of The Zombies here and seeing a snarling Hugh Cornwall giving one of his best post Stranglers appearances. These events happen in Lochgelly.

We have barely stumbled a few steps when the ghosts start to whisper. Also located in the Lochgelly Centre is the Jennie Lee Library, named for one of the town’s famous daughters. Jennie wants to tell us two things: how a bursary helped a working class woman go to university and how open access was enshrined in The Open University, her greatest achievement as Minister of the Arts. At the time it was a radical idea that people could study for a degree without qualifications at entry. Jennie Lee was elected an MP in 1929, the youngest member of the House of Commons. Her spirited maiden speech attacked Churchill’s budget proposals which impressed him so much he offered his congratulations.

Our encounter with Jennie Lee and the presence of the library has already raised our spirits and we recall another notable Lochgelly daughter Jennie Erdal, author of the memoir Ghosting. The book is an account of Erdal’s childhood in Lochgelly and her time as a ghostwriter for a London publisher. Her assignments began with letters and newspaper columns but expand into novels and non fiction titles. While never named in Ghosting, it is clear the the publisher is Naim Atallah, owner of Quartet books.

We also take a moment to acknowledge jazz legend Joe Temperley. Given a saxophone as a birthday present, the 14 year old miner’s son embarked on a journey that took him from Lochgelly to London, where he would play with Humphrey Lyttleton, and eventually over the Atlantic to New York and a stint with Duke Ellington.

Lochgelly’s Bank Street is the sort of place which capital has forgotten, which in some ways makes a refreshing change from the identikit high streets of more prosperous towns. The buildings are solid and redolent of more affluent days. The Cinema De-Luxe, now a shop and office, has a faded art deco charm and you can imagine its glory days when it offered up movies, wrestling and dancing.

Around the corner stands the recently restored and magnificent Miners Institute (top). This building is now the Fife Women’s Technology Centre, an award winning community based learning centre that has been providing training to unemployed women since 1990. Next door is the Ore Valley Business Centre aimed at helping start up businesses in Fife. These two buildings are evidence of the work going on to improve Lochgelly.

Next to the Miners Institute is a sculpture called The Prop by David Annand. It portrays a miner propping up, or holding onto, six stainless steel forms – a reminder of the town’s mining heritage but an addition to a new sense of place in its own right. Walk around it and you notice that each column is engraved with a line of poetry. The poem is God is a Miner by local poet William Hershaw.

Little Moscow was a term applied to a number of places in the UK that appeared to hold extreme left wing values. In Scotland there was Lumphinnans and Vale of Leven, England had Chopwell and there was Maredy in Wales. The term was initially used as one of disparagement but was reclaimed as a badge of honour by the local communities.

In Lumphinnans, one of the key instigators was Lawrence Storione who arrived in the village in 1908. Storione was born in Italy in 1867 and introduced to anarchism by noted French geographer Elisee Reclus. Due to his anarchist activities, Storione was forced to flee France disguised as a woman and he arrived in Scotland in 1897, working in the mines of Ayrshire and Lanarkshire. After an aborted trip to Canada he settled in Lumphinnans and took up work in No 1 Pit. He soon founded a local Anarchist Communist League and set up a bookshop in nearby Cowdenbeath – the bookshop we are searching for today.

Storione married Annie Cowan in 1900 and their children could only grow into their names: Armonie, Anarchie, Autonomie, Germinal and Libertie! The exception to these revolutionary appellations was his daughter Annie who was a leading light in a Proletarian Sunday School in Cowdenbeath. Sunday evening meetings were held at which notable activists such as Willie Gallacher, John McLean and Jack Leckie came to speak.

It’s an enjoyable walk in the sunshine along the straight road to Cowdenbeath. A small road leads off the the right and in seconds the landscape has completely changed. An open road stretches ahead with spectacular vistas over to Benarty Hill and The Bishop. Old style telegraph poles have us humming a chorus of Wichita Lineman and we wonder if we have stepped through a portal to the American Mid West. The No XI mine was near here and was called the Peeweep pit as the miners could hear the sound of Lapwings as they walked to work.

We’re still looking for traces of Little Moscow. The most obvious are the street signs: Gagarin Way and Gallacher Place. Gagarin Way was named after Yuri Alekseyevich Gagarin, the first human in outer space and hero of the Soviet Union. It is also the name of Gregory Burke’s debut play, perhaps a useful corrective to becoming too nostalgic about political rhetoric of any persuasion.

And so we reach Cowdenbeath and it’s not difficult to locate Perth Road. 128 is the number we are looking for. Will there be any sign from Storione? It soon becomes clear that the buildings are residential terraced houses, probably built in the 1960s. We soon track down number 128 but there is no trace of the The Communist Literature Depot. Perhaps it’s enough to know that the bokshop may once have existed here, radiating radical energy through the ether of Little Moscow. 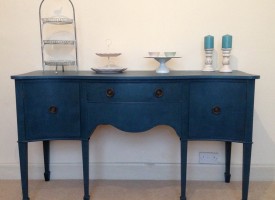 Just some photos of Clydebank… 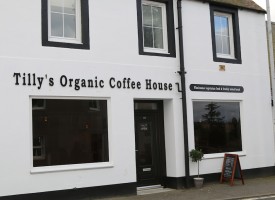 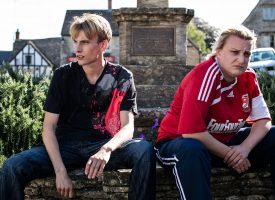 This Country – not local but brilliant