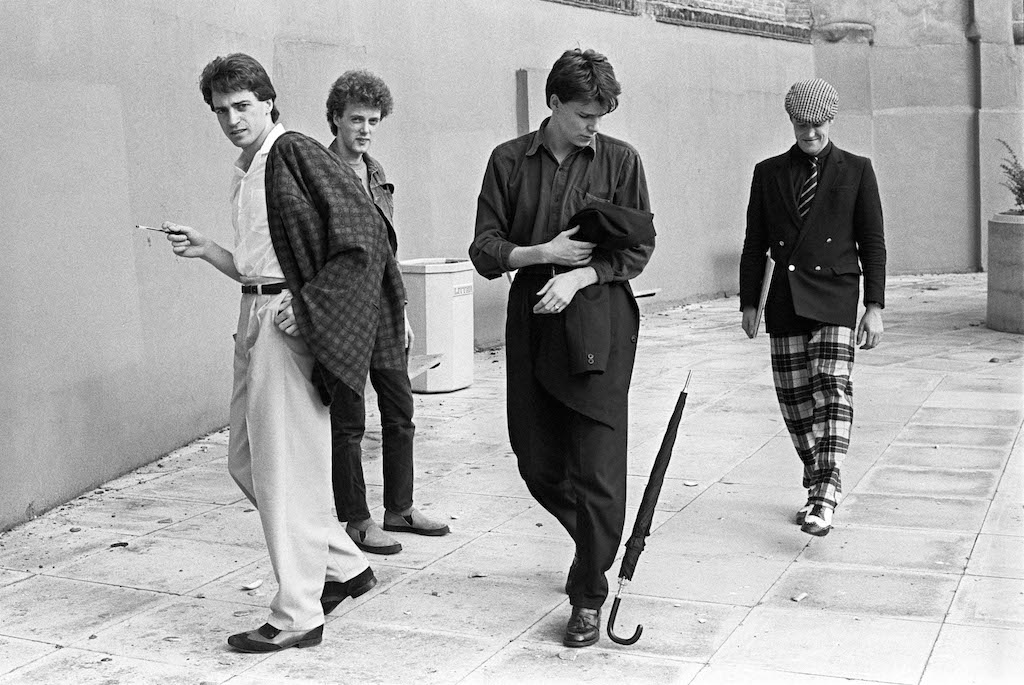 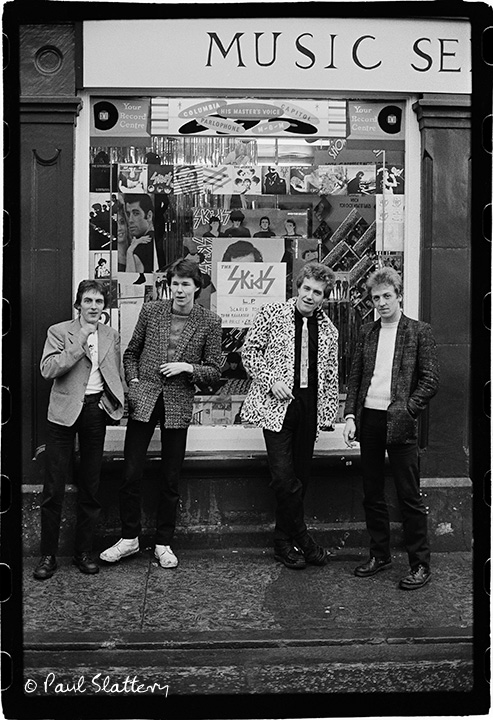 Dunfermline’s Fire Station Creative, is the chosen venue for an exhibition of historic photographs from the punk music scene 40 years ago. The show, titled ‘Scared to Dance: The Skids and the Scottish Punk Rock Revolution 1977’, is being curated by frontman, Richard Jobson, and music business consultant, Ronald Gurr.

‘In 1977 I started a fanzine in Edinburgh called “Hanging Around” and, as a fan, quickly became immersed in the developing scene.’ says Gurr.

‘……Richard Jobson recently introduced me to this gallery and the idea (to have an exhibition) developed in tandem with the development of ‘Hanging Around Books’, my publishing enterprise that specialises in rare and previously unseen music-related photography books.

‘The shots were all taken during 1977 as I went about my fanzine business. Some were used in editions of “Hanging Around” but subsequently lay undiscovered in a box in my garage for nearly 40 years. I make no claim to be a photographer but the shots taken on my Kodak Instamatic 77x, with cube flashbulbs, do seem to capture a time, a place and an atmosphere.’

Jobson recalls the other photographers who have contributed to this exhibition:

‘Virginia Turbett and Paul Slattery were official photographers working for newspapers such as Sounds and NME – They were a massive step up in taking images of the band. The were both brilliant at getting you to do what they wanted. My relationship with Steve Emberton is different only in that he never took pictures of us at the time but did take amazing shots of most of the iconic people involved in punk. I have chosen a few of his pics of artists who were a massive influence on the way I thought and lived my life at the time.’

The exhibition is timely as The Skids have reformed to create a new album, Burning Cities, and have embarked upon a 40th anniversary tour. About these events, Richard Jobson said:

‘It’s been a massive success. Old and new fans have responded to the energy of the old material and the sharpness of the new songs. It started out as a simple idea as a one-off gig which has grown into a full blown UK and Irish tour. The songs feel relevant and retain their edge.

‘These old photographs capture the period as well as our attitude and innocence. They are amazing reflections of the time. I’ve never been that interested in looking backwards but this anniversary was worth having another look and listen. I hope people get an understanding of what it was like at the time from the various elements we have put together……. The Skids were at the forefront of the punk movement in Scotland but are never given any credit for the work we did together. This exhibition is an opportunity to show how Punk came to Scotland through bands like the Clash and the Sex Pistols and how we were never far away as either a support act or eventually a headline band in our own right. I joined the band when I was 16. We went through a lot together. I am a big supporter of FSC and felt it was the right place to set the scene of Punk in Scotland from 1977, not only in Glasgow and Edinburgh but also in Dunfermline.’

Ronald Gurr: ‘Punk was an extraordinary time of creativity and this catalogue of some of the artists that shaped that period conveys, in a rough, ready and honest way, something of the excitement and DIY ethos of that scene. As Andy Warhol said: “The best thing about a picture is that it never changes, even when the people in it do.’

Sponsored by Fife Council, the exhibition will run from Thursday the 8th of June to Sunday the 2nd of July, 2017. Entry is free to the public. Original artworks, signed, photographic prints and highly collectable books will be on sale at Fire Station Creative, a registered charity.

(Below) Sid Vicious and Nancy Spungen by Steve Emberton 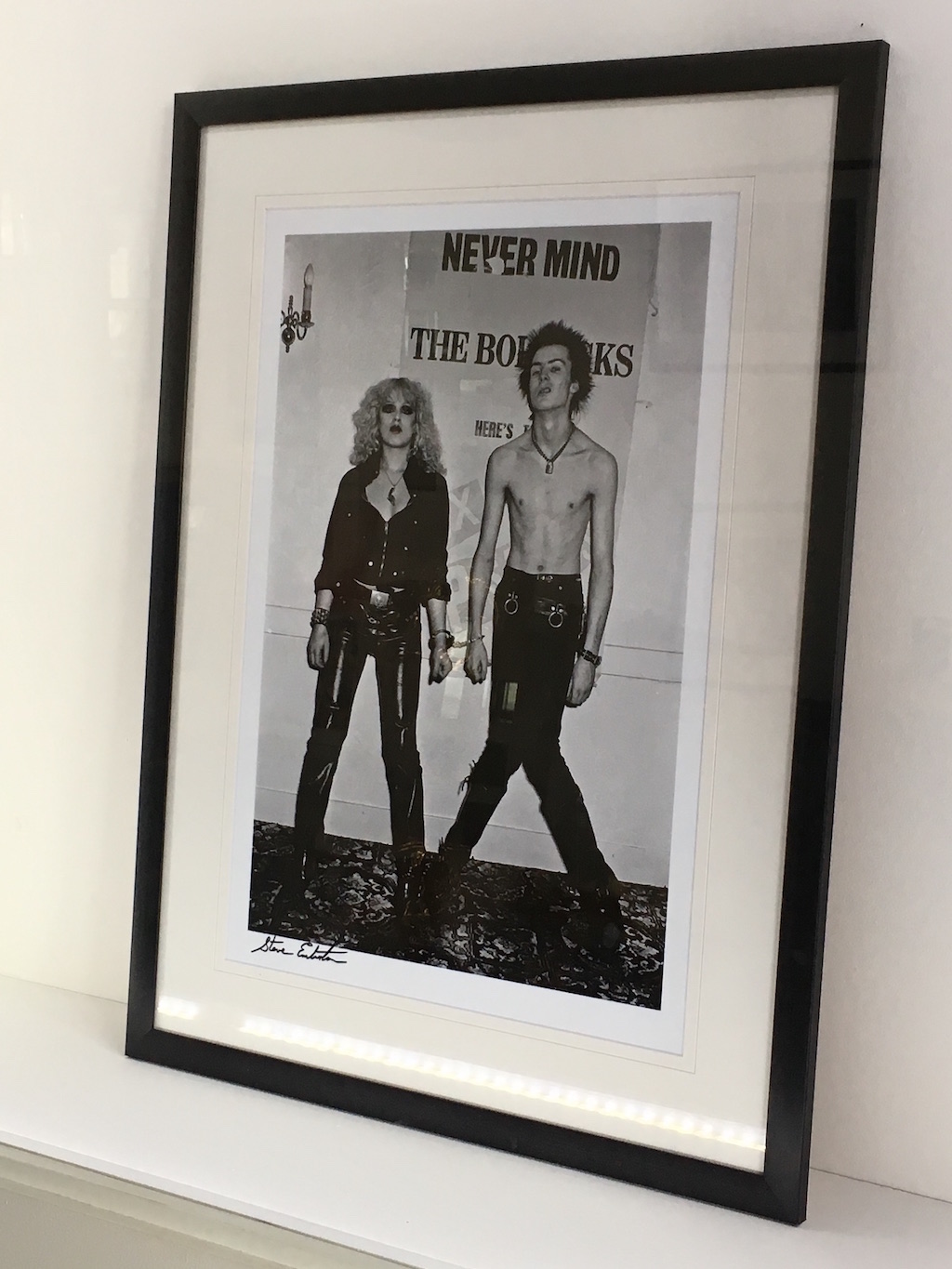